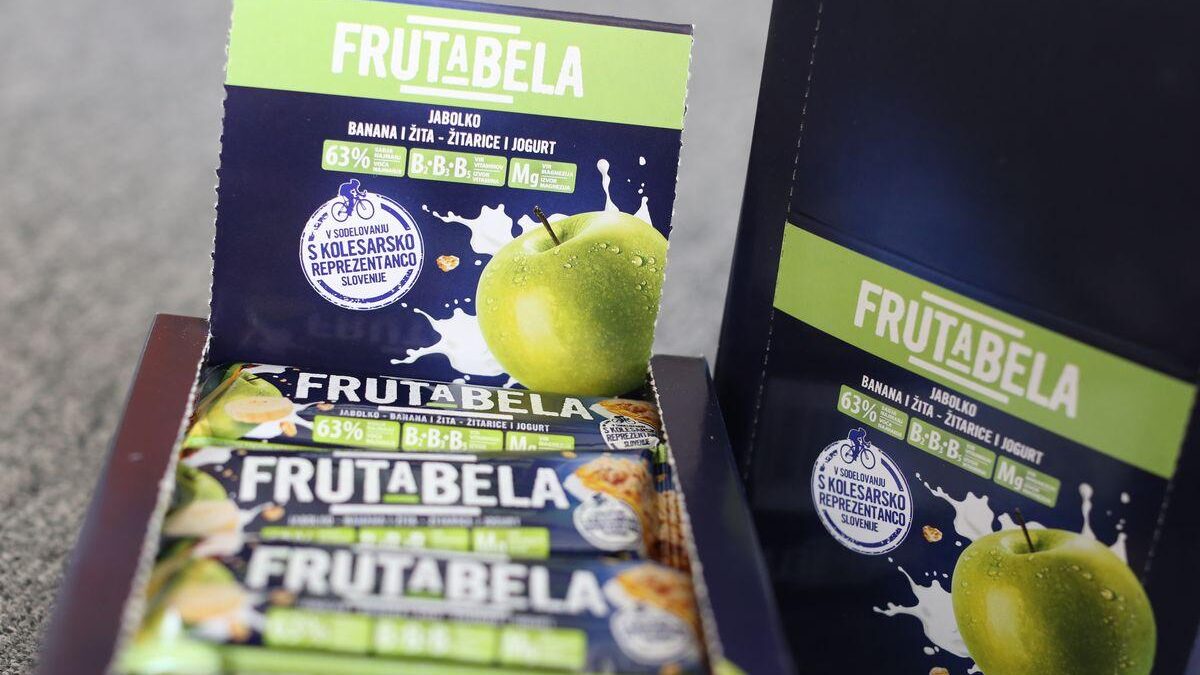 The development of a new Frutabela bar was the main idea at the start of the collaboration with the Slovenian Cycling Federation. With synergy and joint efforts, a new product with a cycling soul was created that is perfect for all recreational and professional cyclists.

The start of the collaboration was quickly given the main focus, which was directed into the creation of a new flavour of fruit and cereal bar, already highly popular amongst cyclists. The collaboration included experts from one side – members of the Slovenia national cycling team – and connected them with experts from the other side – Fructal’s technologists – with the goal of creating a common product, which was a fantastic challenge. Both sides quickly identified common grounds and within ten months, a new product was launched. The new apple and banana flavoured Frutabela was created and developed “in collaboration with the Slovenian national cycling team”, as marked by the graphic on the packaging.